The Calanais Standing Stones was the one place that Jen said I had to bring her too. This portion of the trip is all about Jen. Yes she tried to go back in time and find Jamie Fraser.

If you have never heard of these standing stones. Think Stone Henge. 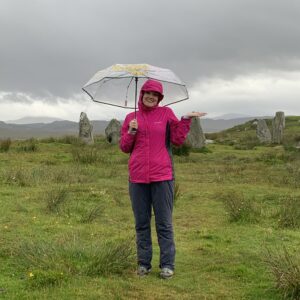 The Calanais Standing Stones are an extraordinary cross-shaped setting of stones erected 5,000 years ago. They predate England’s famous Stonehenge monument, and were an important place for ritual activity for at least 2,000 years.

We don’t know why the standing stones at Calanais were erected, but our best guess is that it was a kind of astronomical observatory.

Patrick Ashmore, who excavated at Calanais in the early 1980s writes: ‘The most attractive explanation… is that every 18.6 years, the moon skims especially low over the southern hills. It seems to dance along them, like a great god visiting the earth. Knowledge and prediction of this heavenly event gave earthly authority to those who watched the skies.’

The Calanais Standing Stones were erected between 2900 and 2600 BC – before the main circle at Stonehenge in England. Ritual activity at the site may have continued for 2000 years. The area inside the circle was levelled and the site gradually became covered with peat between 1000 and 500 BC. 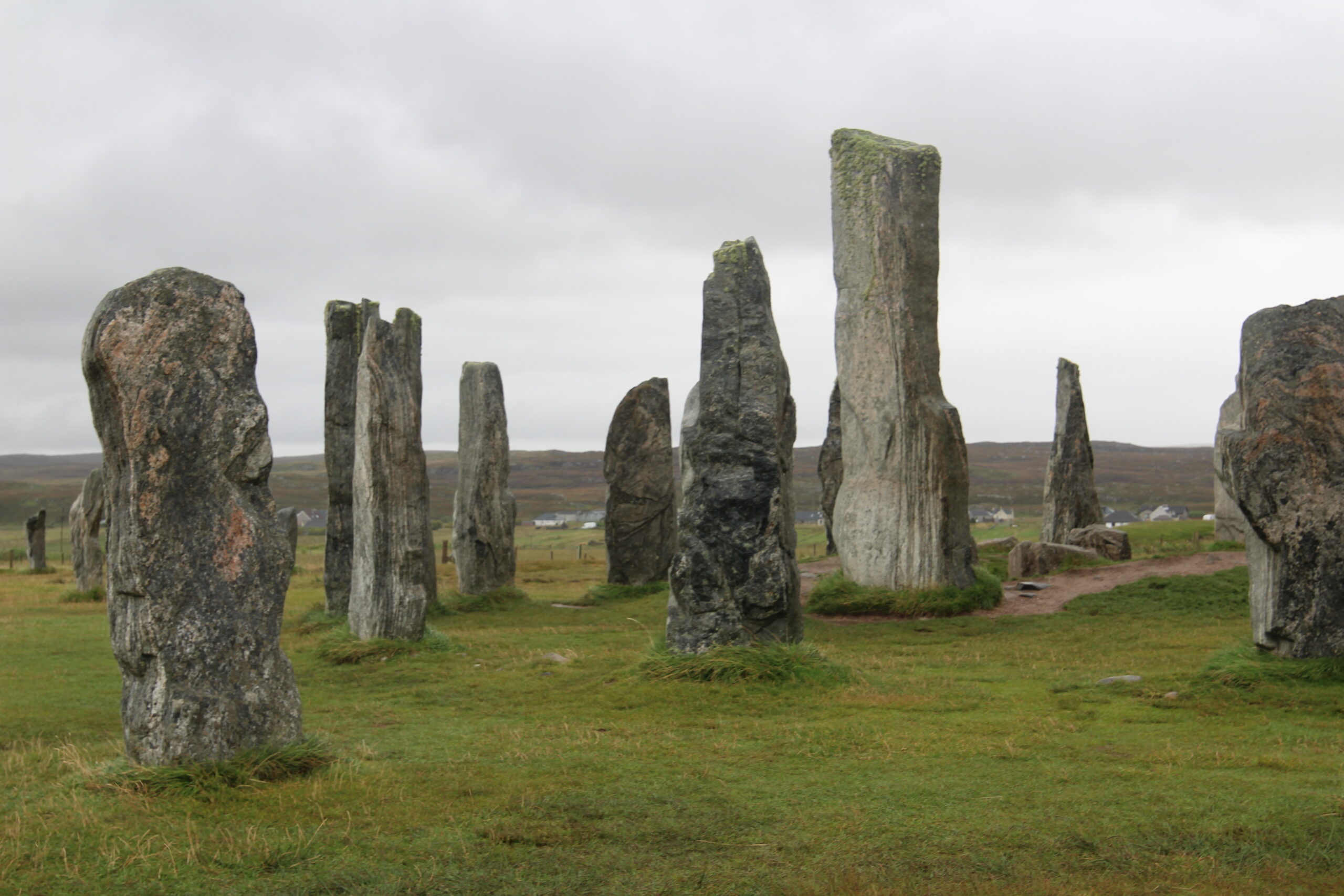 Peat cutting around the site in 1857 revealed the true height of the stones. It’s possible that there’s plenty more archaeology sealed beneath the peat that covers much of the Western Isles.

Calanais has a unique layout among Neolithic monuments: 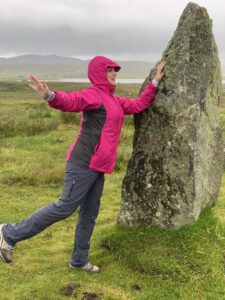 There are at least 11 smaller stone circles surrounding Calanais. Some of these date from much later than the central circle, which indicates the complex was in use for several centuries. These are crucial to help with the understanding of the significance of this area, and how the landscape was used by prehistoric people.

The stones are set on a prominent ridge, easily visible from land and sea for miles around.

Remnant of an ancient society

The Western Isles would have been a lot warmer 5,000 years ago, and food and wildlife were plentiful. The extensive ritual landscape around of which Calanais is a part, speaks of a thriving and sophisticated society.

The form of the site and the artefacts found during excavation also show that this community was part of a wider culture which involved the construction of earthen enclosures known as henges and impressive circles of timber or stone. 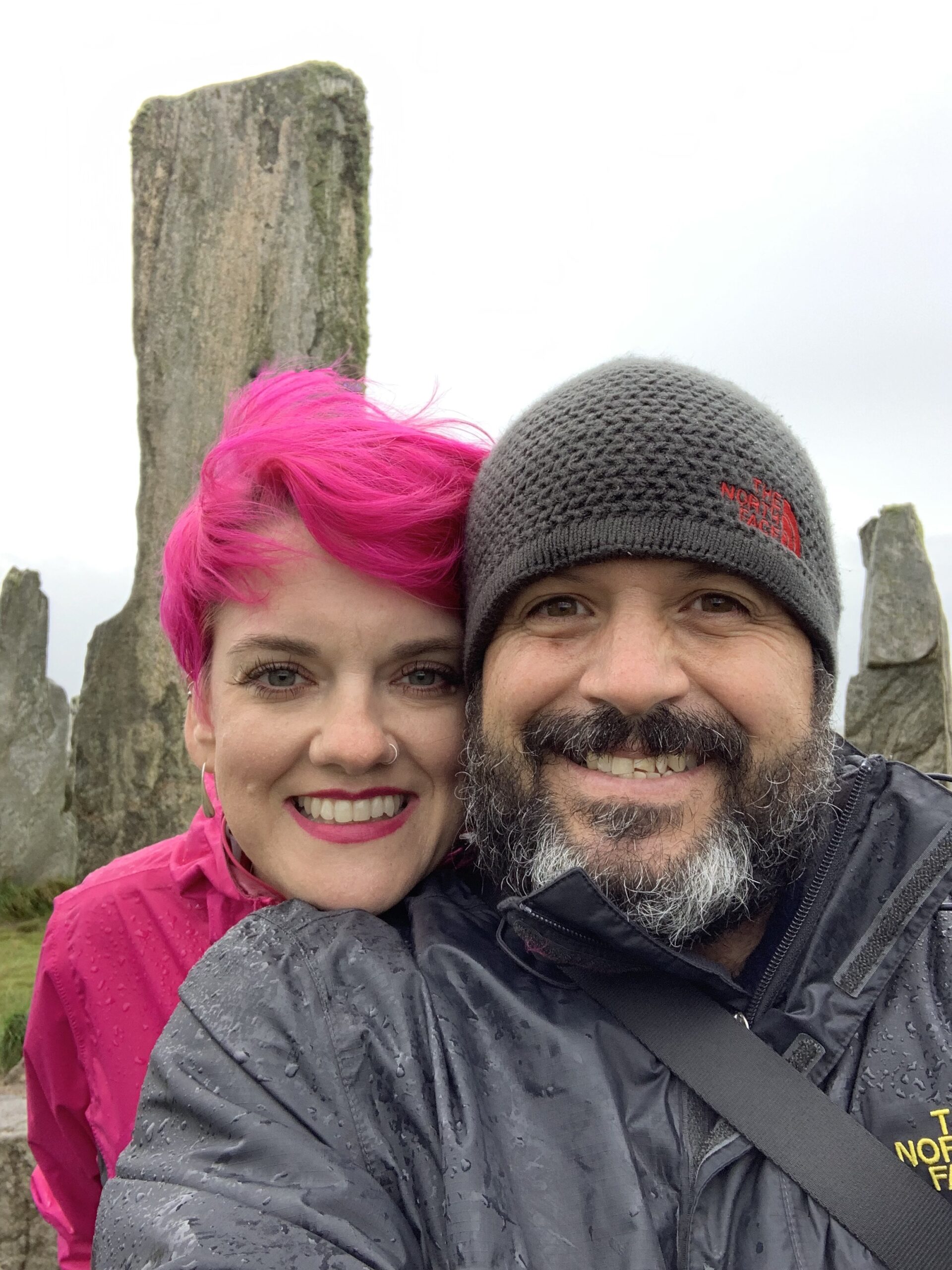 On Tuesday, August 9th, 2022 at 10:45 am, Texas A&M Forest Service responded to a wildfire in northwest Polk County.  The fire is located...

Texas A&M Forest Service has been requested to assist with a  wildfire 10 miles west of Corrigan, TX in Polk County. Crews are still...

The Indian Ridge fire started by lightning on 7/7 in the Indian Creek drainage within the Selway Bitterroot Wilderness was active again today and...