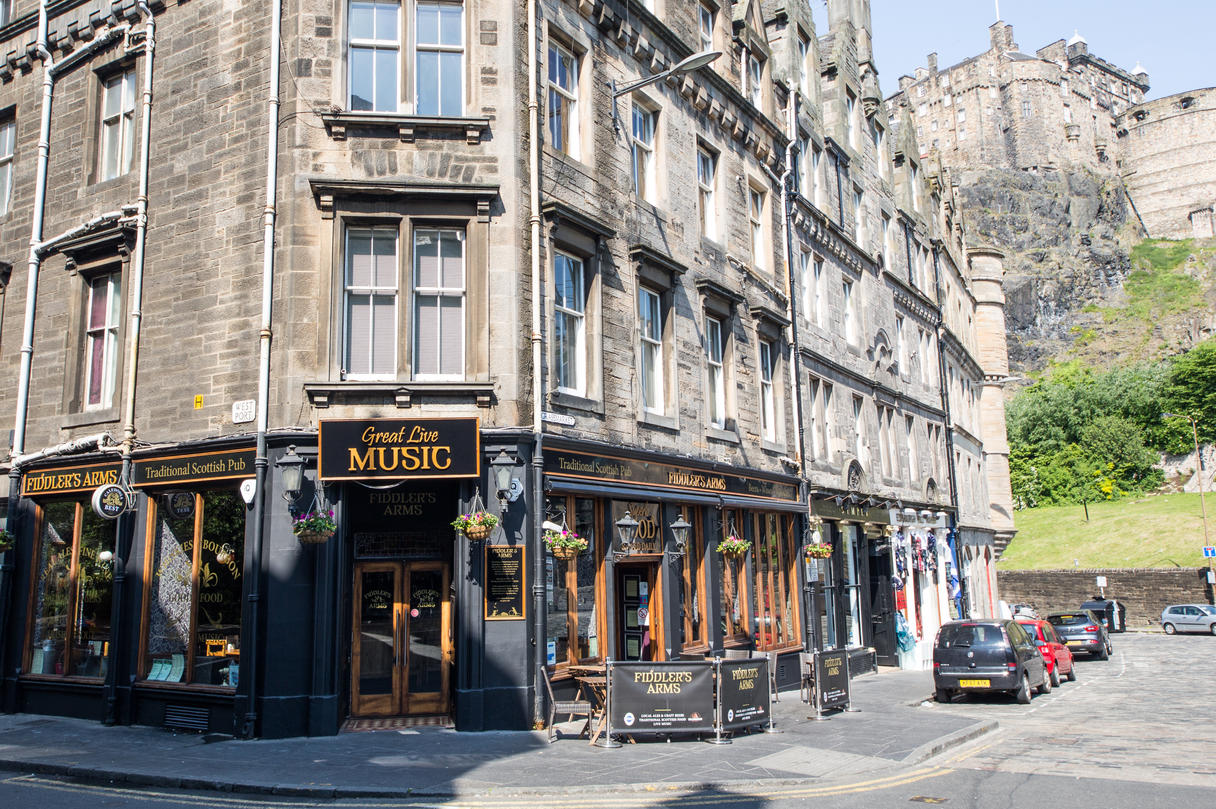 Sitting at the end of the Grassmarket in the shadow of Edinburgh Castle, The Fiddlers Arms is principally a sit-down pub perfectly situated for watching the world go by. This area is steeped in tradition, having originally been designed to host Edinburgh’s main horse and cattle markets. The Fiddler’s Arms continues the long-established tradition of pubs in the Grassmarket as the area has always been dominated by pubs and hostels. Re-developed in 2010, the Grassmarket underwent a transformation into a European-style promenade full of family-friendly terraces and dining areas making the area more pedestrian-friendly. The Grassmarket has not always been so welcoming though, having previously been the setting for public executions such as those of Covenanters in the late 17th Century and Maggie Dickson who miraculously survived the noose, leading to the words “until dead” being added to the sentence of hanging. Today the Grassmarket serves as a convenient meeting point for locals and visitors alike who enjoy fashionable shops, bars and restaurants whilst soaking up the medieval atmosphere of the ancient marketplace with splendid views of the nearby castle. ‘The Fiddlers’ boasts a vast selection of Whiskies with an ever-changing malt of the month.  The menu serves a modern twist on traditional Scottish classics, with produce sourced locally and prepared fresh until 10pm every day.