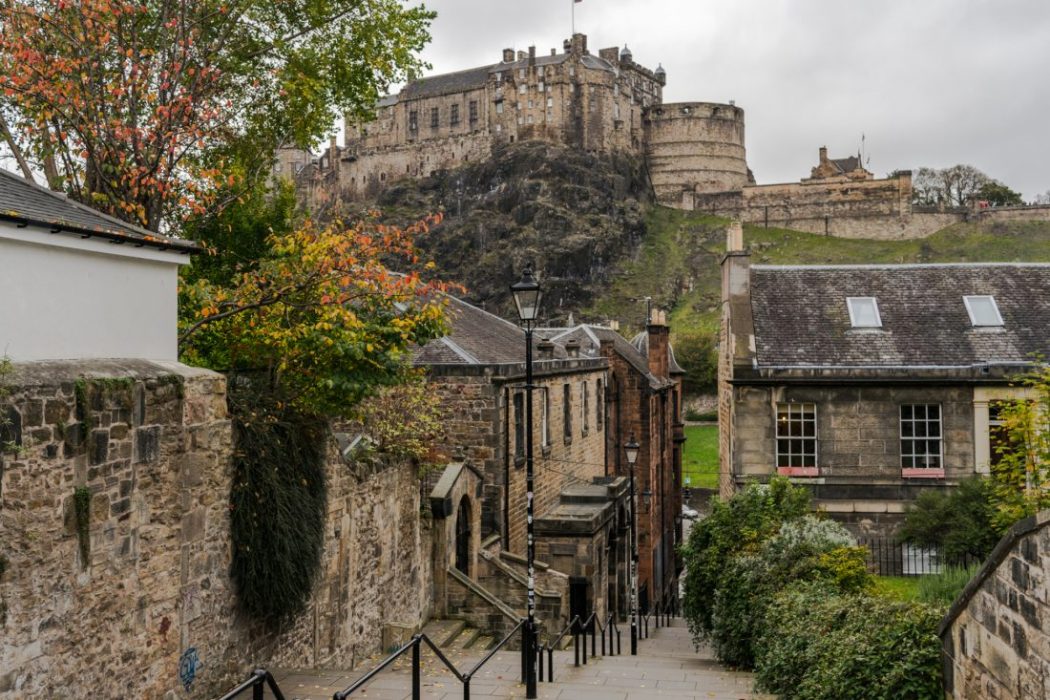 The Vennel is the loveliest of leafy laneways, which leads from Heriot Place down to the Grassmarket. On route, you will pass by one of the only remnants of the 1560 Flodden Wall and Flooded Tower. Following the Scottish defeat – and death of King James IV – in the Battle of Flodden in 1513, a wall was built around the city to protect it from English attack. A paranoid bunch, you might say! The iconic vista of Edinburgh Castle from The Vennel is a photographer’s dream. The steep, skinny stairway with its pretty street lanterns and perfectly positioned foliage packs in some serious charm.

The Parish Church of St Cuthbert