Urquhart Castle overlooks Loch Ness from the rocky promontory that it dominates and upon which some famous names have set foot.

St Columba may have visited around AD 580. Adomnan, his biographer, tells of the saint’s encounter with a monster in the loch.

Urquhart has a lively history. It was one of the great castles taken by the English when Edward I invaded in 1296. The Lords of the Isles then seized the castle repeatedly in the later Middle Ages, in an effort to expand their territory into the north-east.

In the 1500s, Clan Grant was given the castle and charged with its repair and with bringing it back into use.

Urquhart Castle was garrisoned for the last time in 1689, following the exile of the Catholic King James VII, and his replacement by the Protestant monarchs William II and Mary II. In 1692, the towering gatehouse was deliberately blown up so that the castle could never again be a military stronghold.

Around AD 580, St Columba made the long journey from his Isle of Iona monastery to the Inverness court of Bridei, king of the Picts. As he was travelling up Loch Ness, Columba was summoned to visit an elderly Pictish nobleman at Airdchartdan (Urquhart). Emchath was close to death, and Columba baptised him and his entire household.

Emchath’s residence may have stood on the site of the castle. The discovery of a fragment of Pictish brooch from the late 700s or early 800s hints that the promontory was possibly a high status Pictish site. 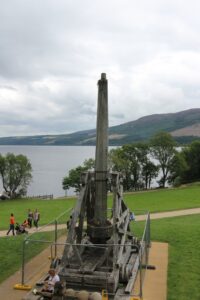 Urquhart saw much military action from the 1200s until its demise in 1692. Edward I of England – ‘Hammer of the Scots’ – captured the castle in 1296. The stronghold was then reclaimed by the Scots and lost to the English once more.

In the 1300s, Urquhart featured prominently in the Scots’ struggle for independence. The castle came under the control of Robert the Bruce after he became King of Scots in 1306. In 1332, in the dark days following Robert I’s death, Urquhart was the only Highland castle to hold out against the English.

But as one threat faded away, a new one emerged: the MacDonalds, Lords of the Isles. Time and again, they swept through Glen Urquhart in their quest for more power, and the castle passed back and forth between the Crown and the clan.

Their last raid, in 1545, proved the worst. The Islesmen got away with an enormous hoard, including 3 great boats and 20 guns.

James IV had given the barony of Urquhart to the Grant family in 1509, along with instructions to restore the castle and estate. The Grants built the Grant Tower, a five-storey tower house, at some point during the 1500s. 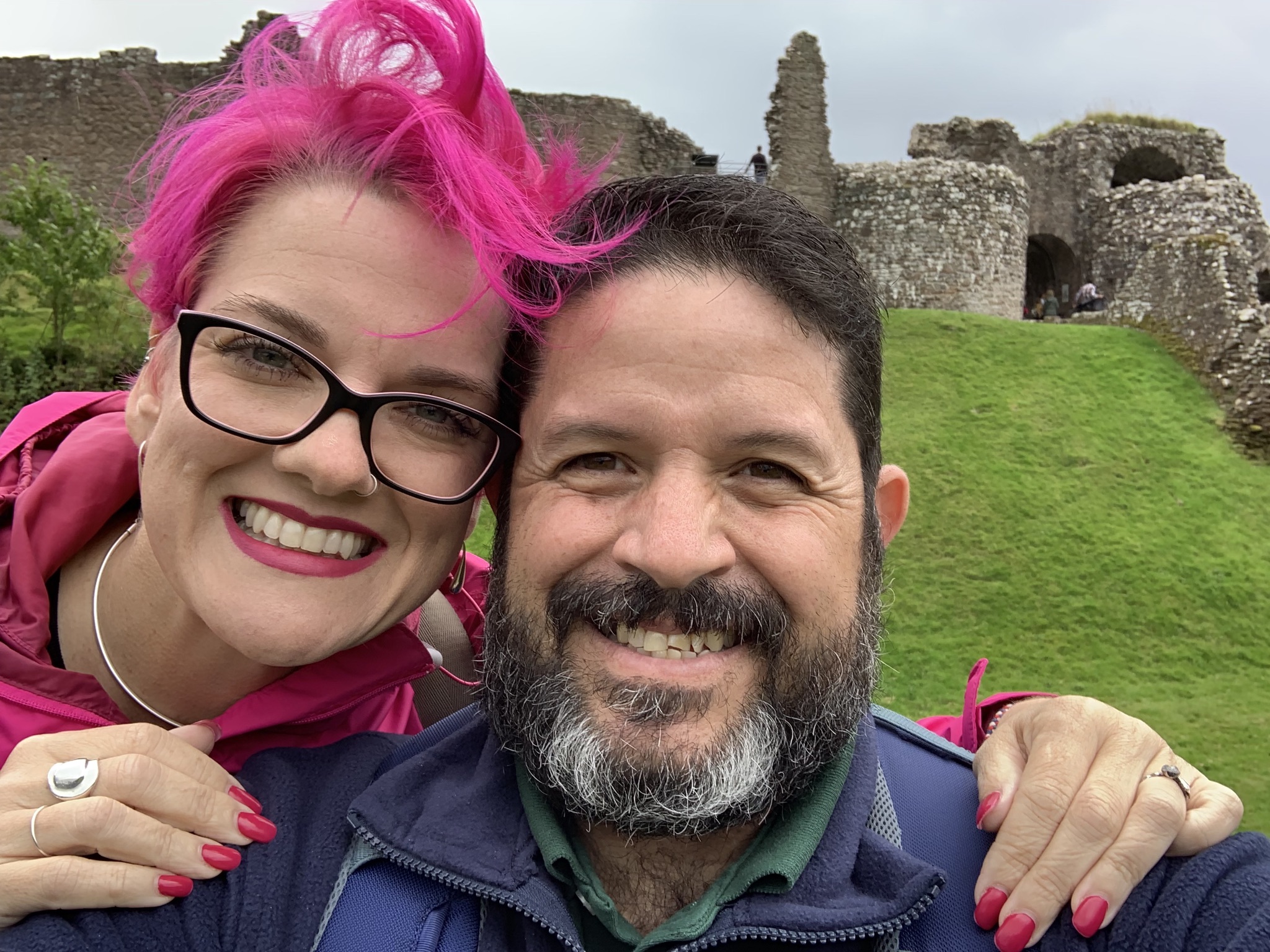 In 1688, the Catholic King James VII and II was driven into exile. The crown passed jointly to his Protestant daughter Mary II and her husband William of Orange.

This ‘Glorious Revolution’ prompted the first of the Jacobite Risings – a string of armed attempts to restore the Catholic Stuart line – which continued for more than 50 years.

Much of the Jacobites’ support came from the Highlands, and so Urquhart became a garrison for government forces for more than two years. When the last soldiers marched out of the castle in 1692, they blew it up.

Urquhart soon fell into decay, and part of the Grant Tower crashed to the ground in 1715 during a violent storm.

Attitudes to the ancient stronghold changed in the 1800s, and Urquhart came to be seen as a noble ruin in a majestic setting. It passed into state care in 1913 and is now one of the most visited castles in Scotland.