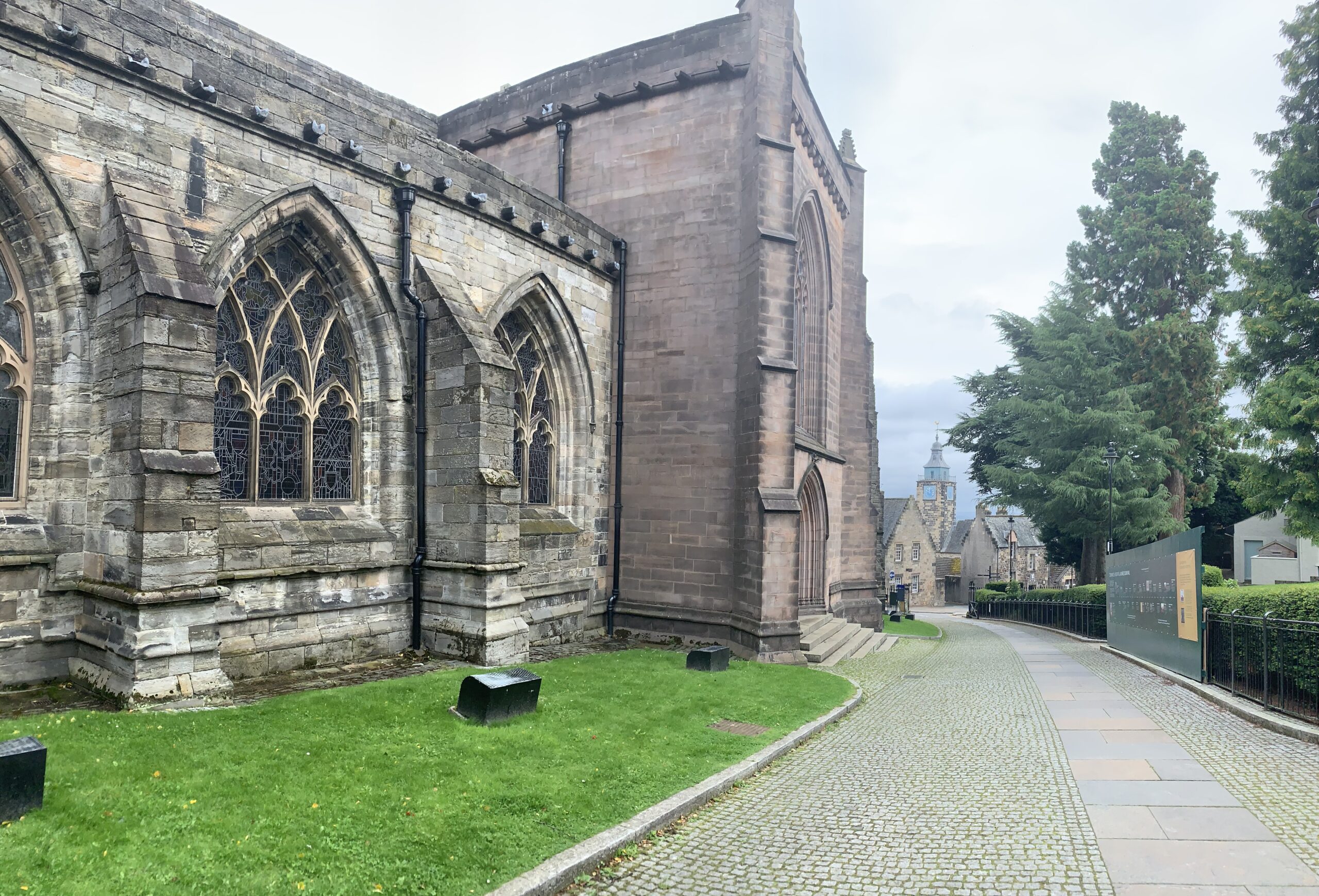 Parish church dating from 15th century, still active today, where infant King James VI was crowned. This is a most extraordinary jewel in the Scottish crown. Not particularly inspiring from the outside it is breathtaking from the moment you set a foot inside. It has all the presence of a cathedral church. This must be one of the most wonderful churches in Scotland – certainly on a par with Glasgow Cathedral. And it is clearly loved and cared for. 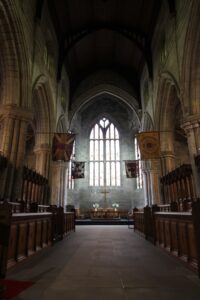 The Church of the Holy Rude is the medieval parish church of Stirling, Scotland. It is named after the Holy Rood, a relic of the True Cross on which Jesus was crucified. The church was founded in 1129 during the reign of David I, but earliest part of the present church dates from the 15th century. As such it is the second oldest building in Stirling after Stirling Castle, parts of which date from the later 14th century. The chancel and tower were added in the 16th century.

Stirling Castle has long been a favoured residence of the Scottish monarchs, and was developed as a Renaissance palace during the reigns of the later Stewart Kings. The Church of the Holy Rude, adjacent to the castle, became similarly associated with the monarchy, hosting royal baptisms and coronations. It is one of three churches still in use in Britain that have been the sites of coronations.