Written by trekvagabond
No Comments
After leaving Deadwood & Lead, Saydie and I head down Spear Fish Canyon towards the city of Spearfish. Spearfish is a city in Lawrence County, South Dakota, United States. The population was 10,494 at the 2010 census. The City of Spearfish was established in 1876. Gold fever brought people to Spearfish and the City began to grow rapidly. By 1890 the population of Spearfish had grown to 671. The City is named after the creek that runs through it. 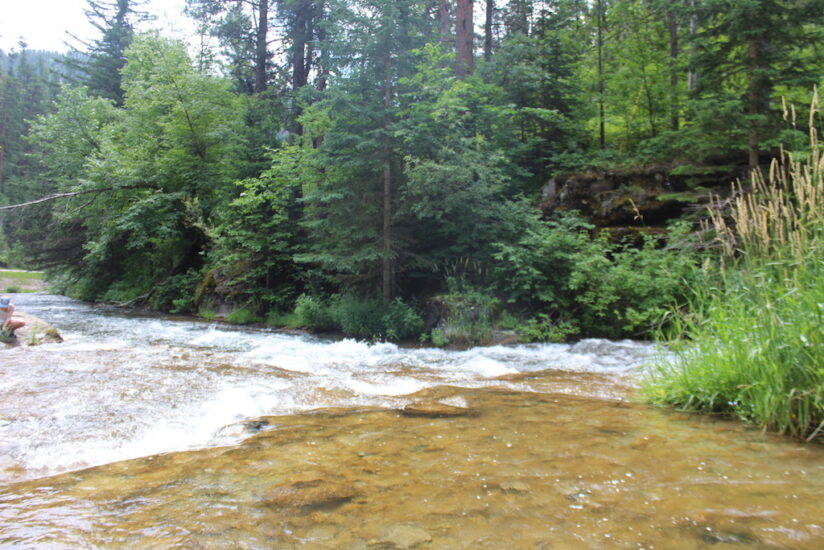 “Unique and unparalled elsewhere in our country.”

Those were the words used by America’s greatest architect, Frank Lloyd Wright, when he visited beautiful Spearfish Canyon in September 1935. Today, visitors can see for themselves what so impressed Wright by taking the 22-mile Spearfish Canyon National Scenic Byway through the uniquely beautiful passage running from Spearfish to Cheyenne Crossing, a historic stage stop about 8 miles southwest of Lead at the intersection of U.S. Highways 14A and 85.  This hidden jewel of nature has it all – rugged cliffs, the sparkling waters of Spearfish Creek, a rich vegetation dominated by pine, spruce, aspen and birch stands, and the three waterfalls. The opportunites for outdoor recreation, quiet reflection and awe-inspiring viwing are boundless. As you leave the canyon, you might reflect on these parting works writeen by Wright: “… a stately exposition of what decorated walls on enormous scale can do and be … how is it that I’ve heard so little of this miracle …”