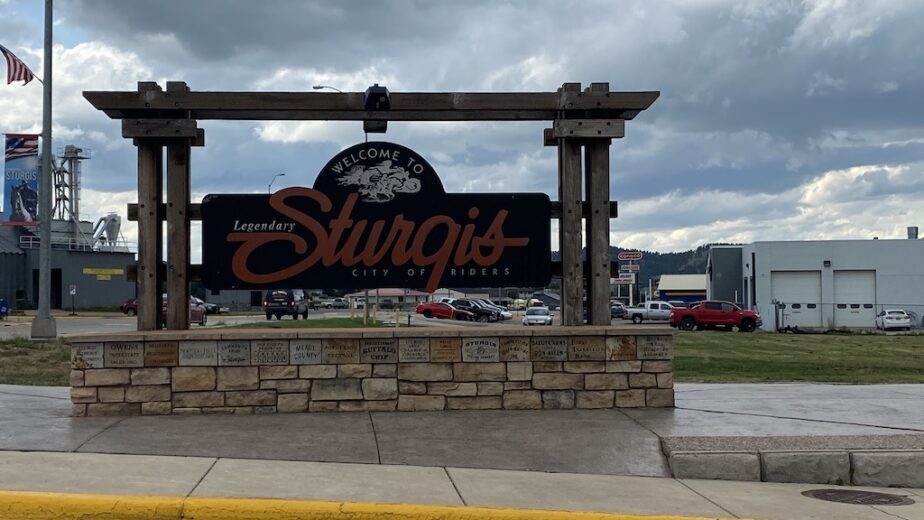 Sturgis is a city in western South Dakota. The Sturgis Motorcycle Museum & Hall of Fame nods to the city’s long-running Sturgis Motorcycle Rally and houses vintage motorbikes, plus memorabilia and photographs. Fort Meade, a 19th-century military outpost, and the Old Fort Meade Museum, documenting its history, are just east of town. To the south, Black Hills National Forest has rugged mountains, canyons and trails. Sturgis is synonymous with motorcycles and the people who love them.  So it makes sense to have a museum all about motorcycles right here in Sturgis! Saydie and I stopped into Sturgis on our way back from Devils Tower, there was a thunderstorm moving through the area so we figured a quick detour through Sturgis was in order to allow the storm to pass by. When we got into the main part of Sturgis, it was obvious they were geared up for the Sturgis rally that would start in early August. Luckily Saydie and I were in Sturgis in July, ahead of the 200,000 plus people. 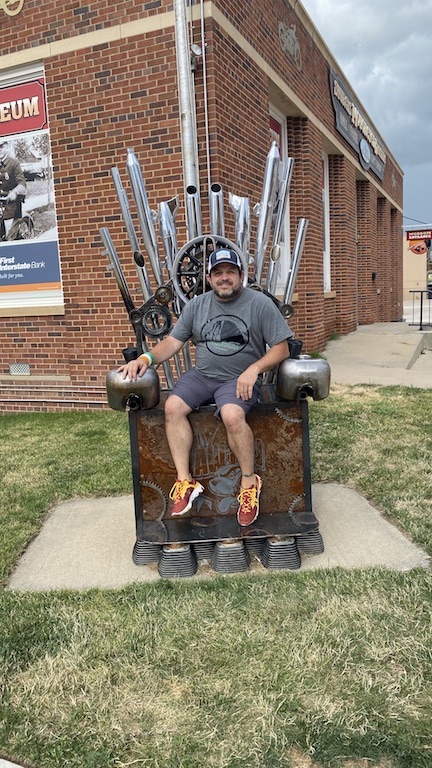 As you recall Saydie and I are doing our best to adhere to guidelines in each state to avoid the spreading COVID-19, while still trying to enjoy our vacation time. I can only imaging what this place will be like in a few weeks. The Sturgis Motorcycle Rally is an American motorcycle rally held annually in Sturgis, SD, usually during the first full week of August. It began in 1938 and was originally held for stunts and races, but has evolved into a meet-up for motorcycle enthusiasts from around the world. It is one of the largest and longest-running motorcycle rallies in the world.

The town of Sturgis and the surrounding area bustles with campers, bikers, on-lookers and everything in between. The rally draws vendors and food trucks from around the country to downtown Sturgis. Walking Main and Lazelle streets in Sturgis is nothing short of an adventure. Here, you can catch some of the biggest characters and craziest custom bikes. A motorcycle ride through the Black Hills and Badlands offers thrilling experiences and fantastic scenery. From north to south and east to west, the entire region is dotted with epic rides. It’s no wonder hundreds of riders make the annual pilgrimage to Sturgis for the motorcycle rally each year. For skill-rated scenic rides, view or download the Black Hills Motorcycle Map. The region hosts tons of concerts and special events throughout the rally week, as well as pre- and post-rally events. View the 80th annual Sturgis Motorcycle Rally Events below. Download the Sturgis Motorcycle Rally App on iTunes or Google Play.
EVENT DATE:
Friday, August 7, 2020 (All day) to Sunday, August 16, 2020 (All day)